The Age of iPhone Jailbreaking is Drawing to a Close

Remember jailbreaking? From the first iPhone, it has been an integral part of the community around the device and even something which has pushed its development forward. Initially, just a way to unlock the phone and release it from the “jail” of an exclusive carrier contract, jailbreaking quickly grew into more. Games made their first appearance on iOS via jailbreaking, and for several years the only way to install custom wallpapers or ringtones on an iPhone was with a jailbreak. Many of the early iterations of the phone were …

iOS 11: What to Expect from the Next Major Version Change

Among a slew of other announcements at Apple’s WWDC in June this year was the news that iPhone and iPad users would finally see the release of iOS 11 later this year. After the recent release of iOS 10.3.3 to users and the release of the latest iOS 11 beta to developers, it seems like the upgrade is not too far from its official release, currently expected sometime in September. What does Apple have in store for users, and what kinds of security improvements might we be able to …

Apple pushed a new round of security updates to many of its products on July 19, including macOS and iOS. While both updates provide important security updates, the iOS update is especially critical.  In version 10.3.3, Apple fixed a critical vulnerability affecting the device’s operations surrounding wireless networks. How does it work and what is the threat?

Inside each iPhone, from the iPhone 5 to the current iPhone 7, a dedicated chip by Broadcom powers the device’s Wi-Fi functionality. These chips handle important tasks to provide users with quick …

How much should you be concerned about malware infections on your iOS devices? For most people, the answer will be “not at all” — but as we know, there is a danger in thinking this way. The lack of a clear and present threat from mobile malware also creates two problems of its own.

First, it can foster an environment of complacency for users towards actual exploits, which can and do occur. Apple’s regular security patches for iOS in which they close many loopholes highlights this fact. Second, …

In mid-May, while the world was waking up to deal with the chaos caused by the WannaCry ransomware spreading over the web, Apple was making its users safer again. Released on May 15th, a new set of patches dropped for iOS, macOS Sierra, and both the El Capitan and Yosemite version of OS X. So many different fixes were implemented that  it would be difficult to cover exactly what each of them accomplishes. However, of particular note in this update is the fact that ethical hackers previously identified more …

At Apple’s annual WWDC event this year, the company made a host of big announcements. Chief among them was the unveiling of the next iteration of iOS, version 11. While they highlighted many of iOS 11’s new features during the conference, some other changes flew under the radar. One of those is a big tweak to the way apps on your phone can use your GPS location information. If you have ever used Uber, you may have encountered problems with its functionality if you’ve disabled location services. Uber is …

The theft of smartphones is a large problem, especially with high-value items like iPhones. Whether a thief takes a phone to use or to resell, they’ll need to wipe the device first. Normally, the iPhone passcode and access control restrictions prevent that from happening. Meanwhile, a user can activate Find My iPhone to uncover its location or remotely wipe a device—a useful anti-theft mechanism, as it renders the phone useless to a thief intent on stealing your private information.

However, a freshly discovered bug in iOS versions 10.1 …

Our phones today are home to dozens of apps providing both entertainment and utility. Each of these apps requests permissions from the system to access certain types of data. Apple makes it easy to see what apps use which permissions through the settings page on all iOS devices. However, how can you be sure that apps are playing by the rules?

According to a recent report by the New York Times, Uber recently landed itself in more hot water when Apple uncovered efforts to circumvent the App Store’s Terms …

With the huge volume of ads displayed on sites across the Web today, it’s no surprise that bad actors view them as a window to reach vulnerable users. A new malvertising threat has appeared for iOS users. This time, it’s not about infecting your iOS devices directly — instead, it’s designed to coerce users into installing software that monitors and tracks their online activities. It does this by masquerading as a VPN, or virtual private network. VPNs are often useful for providing yourself with greater privacy protections while browsing …

At the end of March, Apple released iOS 10.3 for users of the iPhone, iPad, and iPad Touch. The update was sizable, bringing multiple new features to iOS devices. However, just a week after iOS 10.3 arrived, Apple pushed out iOS 10.3.1. The latest update fixed a major Wi-Fi vulnerability that was apparently included in the original 10.3 update.

While the next big version update for the iOS platform—iOS 11—won’t arrive until the end of the summer or the beginning of the fall, iOS 10.3 was still seen as …

As a cultural phenomenon, emojis seem to be the natural evolution from more “old school” style emoticons. No longer just a small set of pictograms, emojis now compromise several hundred tiny digital images. Users pepper their text messages with them and fill up social media posts with emojis. The iPhone, like many other smartphones, includes its own built-in library of standard emojis. However, a recently uncovered flaw in the way some versions of iOS render a particular emoji can cause instability and inaccessibility for some iPads and iPhones.

An issue relating to text message attachments is currently causing severe issues for iPhones across all iOS 10 versions, as well as previous releases. Unlike the infamous 2015 Unicode exploit, in which the body of a message caused a system crash, this new problem creates severe instability in the iPhone’s Messages app. After an initial crash, created by opening a malicious attachment, Messages is unable to recover and restart, even after a hard reboot of the iPhone.

Following a month-long gap after the release of iOS 10.1.1, Apple has finally released its latest round of updates not just for its iOS devices but several other products as well. In addition to iOS 10.2, macOS Sierra received many security updates, as did Safari. iCloud and iTunes for Windows also received minor patches as well. While Apple took the time to add some additional features and tweaks to iOS in its update, these patches were mainly aimed at closing many ongoing system vulnerabilities.

Among the most crucial fixes … 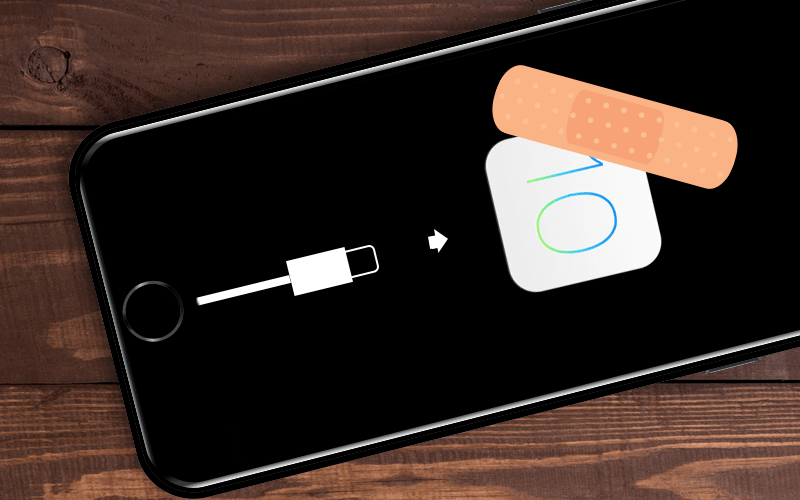 In its newest push to make its iOS products safer, Apple has released iOS update 10.1, featuring an array of twelve different patches for various parts of the system. While details on many of these patches are scant at best, we do know one of the major vulnerabilities patched in this update. Apple took extra steps to close a loophole that could allow what it terms “maliciously crafted web content” to exploit and hijack iOS devices. What exactly does that mean? Put simply; there was a risk that viewing an …

Securing Your iPad in iOS 10

Ten years ago, the idea of powerful, portable tablets in everyday use around the world seemed closer to science fiction than reality. With the incredible success of the iPad and the ignition of a booming market for tablets, though, they’re now as ubiquitous as cell phones. They make appearances everywhere from school classrooms to corporate boardrooms. Because so many of us now use our iPads as part of our daily lives, keeping them secure is a top priority. Should you ever lose your iPad to theft or misplacement, no one …

At one point in time, the idea that we might have to worry about hackers attacking our phones would have been fanciful. Similarly, the thought of a private group using software to spy on individuals through their phones might have felt more at home in a movie. Yet with Apple’s release of the iOS security update 9.3.5 and their urgent insistence for all users to upgrade immediately, it’s hard to deny that is the technological reality.

Known as Pegasus, the software exploited a now-patched vulnerability which allowed it …

You’re browsing the Internet, and you take a glance up at the address bar. What do you see? In most cases, the first characters in the URL of the website you are looking at will be “HTTPS.” HTTPS, or HTTP Secure, is the most secure version of Hypertext Transfer Protocol. This protocol allows for communication over a computer network, with said communications encrypted by either Transport Layer Security (TLS) or Secure Sockets Layer (SSL). On the Internet, HTTPS allows for private and safe exchange of data between a website …

iPhone and iPad users should update to the latest version of iOS as soon as possible, following the latest security update from Apple. The new patch—iOS 9.3.5—arrived on Thursday, August 25th and was dubbed by Apple as an “important security update.” It addresses dangerous malware that was recently developed in the Middle East.

Writing for ZDNet, Zack Whittaker noted that iOS 9.3.5 is a patch for three different malware vulnerabilities, not just one. Working together, security researchers Citizen Lab and Lookout discovered the vulnerabilities and notified Apple about their existence. Lookout …

iOS 9 has received yet another update – this one designed to tackle recently discovered security flaws – CNET reports. This marks the fourth update to iOS 9.3 (which was released in March). It is also speculated to be the last update to iOS 9.3, as iOS 10 is slated to be released next month. You may be thinking, “what gives?” as this update was released suddenly, and without the numerous rounds of beta testing and public review that iOS 9.3.3, entailed. Interestingly, this update is also devoid of …