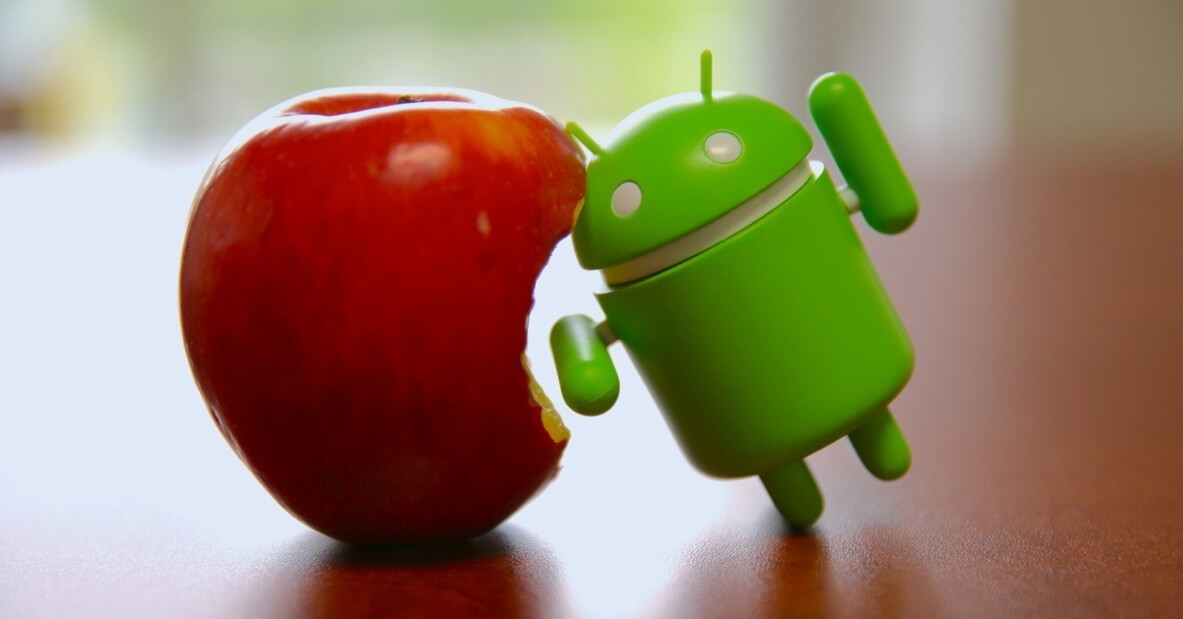 Apple vs. Android: Who Wins in the Security Battle?

In a recent opinion piece for The Guardian, writer and technology professor John Naughton wrote about the ongoing war between Apple and Android for total dominance of the smartphone marketplace. The piece, titled “Security is the loser in the holy war between Android and Apple,” looked at how the battle between the iOS and Android operating systems has led to a marketplace where many smartphone owners are using phones that, in his words, “are riddled with security holes.”

While the title of Naughton’s article seems to suggest that the battle between Apple and Android has had the unintended consequence of leaving all smartphone users without decent security on their devices, that actually isn’t the case. In fact, Naughton’s article is, if anything, a ringing endorsement of the success of the iPhone—both regarding the considerable profit margins that Apple enjoys off the device and regarding security.

With Android, there is a divide. Android is merely the operating system. Meanwhile, multiple different manufacturers—including Google, LG, Samsung, HTC, Sony, Motorola, ASUS, and more – are responsible for creating the phone hardware itself. These manufacturers are responsible for providing security updates for their phones, which all use slightly different versions of Android. Some manufacturers are good about providing these updates; others are awful at it. The result is that, according to Naughton’s article, 87% of Android devices are not secure.

This contrast between iOS and Android devices is hardly surprising, given Apple’s reputation. The company is famous for its gatekeeping behaviors. The Mac and later the iPhone gained popularity because they could be used easily and intuitively out of the box. Apple’s computers have never had as many options for customization as Windows PCs, and a similar comparison could be drawn between the iPhone and every single Android phone on the market.

However, just as Apple’s gatekeeping tendencies have helped to keep malware out of the App Store, they’ve also guaranteed frequent and effective security updates to iOS devices. In other words, what Apple devices lose in customizability, they gain back in security.