Nancy Willard is an educator and lawyer who runs Embrace Civility in the Digital Age, an organization dedicated to creating a culture of civility and positivity online through empowering teens and the adults who care for them. She is the author of several books, including the first book ever published on the topic of cyberbullying, Cyberbullying and Cyberthreats: Responding to the Challenge of Online Social Cruelty, Threats, and Distress.

SecureMac caught up with Nancy to ask her about the state of cyberbullying today, and what parents and … 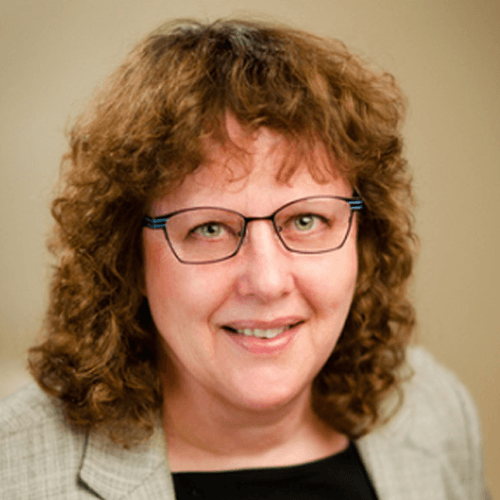 Nancy Willard is an educator and lawyer who runs Embrace Civility in the Digital Age, an organization dedicated to creating a culture of civility and positivity online through empowering teens and the adults who care for them. She is the author of several books, including the first book ever published on the topic of cyberbullying, Cyberbullying and Cyberthreats: Responding to the Challenge of Online Social Cruelty, Threats, and Distress.

SecureMac caught up with Nancy to ask her about the state of cyberbullying today, and what parents and communities should know about the issue in order to keep kids safe online.

Schools and families have always had to address bullying. But with our children spending more and more time online, bullying is no longer confined to the playground—and many parents and teachers find themselves at a loss when confronted with the challenge of protecting children from cyberbullying.

Can you tell us a little about how you got involved with this work and why the issue of cyberbullying matters to you?

Not all who wander are lost—although we may appear to be from time to time.

Then the Internet came into schools (yes, I am old). So there was a need for someone who understood youth risk, legal issues, and technology. I have been dancing in those three circles ever since.

What’s the number one thing you’d like parents to know about cyberbullying?

Cyberbullying is occurring in digital environments where it is less likely that a parent or any other adults are present, and it’s possible that their child will not want to tell them what is happening. We have to let go of thinking that adults can “control” this.

The thing that has changed the most is the introduction of smartphones. This has made the digital community even more ever-present.

The forms of cyberbullying do not appear to have changed. The most common form is denigration of someone on a public page. The worst way in which this occurs is mobbing—a group attack led by one or more very powerful students all targeting one student. Sometimes, there are more private fights. Publicly disclosing material, generally provocative images, is also quite common. We also have to recognize the phenomenon of self-cyberbullying—where a young person creates an anonymous page to denigrate themselves.

What do people “get wrong” about cyberbullying, or about their response to it?

Punishing the young person who has engaged in cyberbullying is really off the mark.

Punishment in the real world does not change behavior. When in the digital environment, punishment that leads to anger can result in uncontrollable digital retaliation that is anonymous and can involve people from many areas of the world.

The strategy we have to switch to is called “restorative practices” in the education environment. In this process, the one who has engaged in wrongdoing is engaged in a discussion process that discovers their motivation, any underlying challenges, and how they have rationalized their hurtful behavior—leading up to, hopefully, their willingness to accept personal responsibility. Then this young person should be required to problem-solve to come up with a strategy to remedy the harm to the target and to the community.

How can tech companies address the issue of bullying on their platforms?

I like Instagram’s new “feedback” approach that provides feedback to the one who has written the post: telling them that it appears their post may be hurtful and asking them do they want to think about this. This communicates two messages. One is that their online actions are visible to others. The second is hopefully to reduce impulsive actions.

Their other approach, where they try to restrict the communications of someone who is being hurtful, is unlikely to work, because the ones who are being hurtful are most interested in the audience. If no one steps in, they will know they have been restricted.

The idea that they are going to be able to fix this with AI represents a classic “techie fix” mentality. There are many users out there who can do a much better job of detecting wrongdoing than any AI system. Their focus should be on increasing the filing of abuse reports—and the prompt handling of those reports.

The key thing we need to increase, in my opinion, is positive intervention by peers—in reporting concerns to the site, reaching out to the one who is being treated badly to provide emotional support for that person, and, if they have sufficient personal power, publicly objecting.

A long time ago, my daughter, who was a high school freshman, saw that a mobbing page had been set up on MySpace (I did say this was a long time ago). Several students at her school had set this up. They were denigrating one other student. They were inviting other students to join the page and were delighted when others did join. My daughter, raised by me and powerful in her own right, joined this page. She filed an abuse report with MySpace and she posted several comments calling these students to account for this bad behavior and telling them, in no uncertain terms, that this was totally unacceptable. Another student immediately joined her. She told me about this. Together we saved the page and I provided the information to the principal. The page came down pretty quickly. The principal was watchful. I am not sure the target ever even knew this happened. But if he did find out, what he also found out was that some of his peers stepped in to stop this.

Here is a “freebie”: If someone files an abuse report, send back an automatic response that thanks them for doing so and recognizes their efforts in spreading respect and kindness on their site. How long would it take for a techie to implement?

There are, however, some more very effective strategies that would be easy to implement.

There are quite a few people who are growing pessimistic about the role of technology in our lives, and especially in our kids’ lives. And it’s pretty easy to watch how some adults behave online and wonder if we’ll ever see real civility in our digital communities. I’d be interested in hearing your perspective on the future. Do you see any rays of hope, or reason to think that things may get better?

My perspective at this point is that it is quite probable that young people are engaging in more responsible and respectful behavior than adults. Look at the data on acceptance of the LGBTQ community and gay marriage: Far more young people are totally accepting. It is older adults who are the problem.

Right now, I am not seeing much in the way of positive from too many political leaders and some supposed religious leaders. I do see lots of rays of hope among the younger generation.

To learn more about Nancy Willard and the Work of Embrace Civility in the Digital Age, visit her website at www.embracecivility.org.